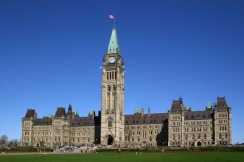 
Canada is in its 44th Parliament. The Government has been formed by the Liberal Party of Canada, with their leader Justin Trudeau serving as Prime Minister. Justin Trudeau heads a Minority Government. Learn more here.

Municipal Order of Government (Part of the Provincial Government)

Learn more about the City of Hamilton here.

This website was created over two years (2008-2010) as part of a Hamilton Wentworth District School Board initiative to revamp its CHV2O program (CHV2O) and is updated regularily. All resources posted on this website are free to be distributed for educational purposes.