Unit Three: The Orders, Workings, and Elections of Government

The Closest Order to you - MUNICIPAL 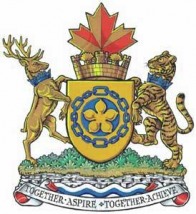 Coat of Arms of Hamilton
Citizens of counties, towns, and cities elect representatives to be responsible for municipal, or local, government.  The elected representatives of counties and other rural bodies, such as improvement districts, are called reeves (the heads) and councilors.  People elected to run towns and cities are called mayors (the heads) and aldermen and/or councilors.  In both cases, the group together is called a council, and by "local government," we mean the various councils.  Councilors may belong to political parties, but they do not represent a party when they run for election.  Also, unlike the Prime Ministers or Premiers, reeves and mayors are elected directly to their positions.

Each provincial Legislature decides what local governments are responsible for.  Usually they are given authority in matters such as local fire and police services, libraries, transportation within the municipality or county, local health issues, pest control, and so on.  Municipal governments may pass laws governing these areas, and these laws are called bylaws. (Alberta Online Dictionary)

Coat of Arms of Ontario
Government in the provincial order consists of the Premier and Cabinet Ministers.  Like their federal counterparts, the Premier and ministers are almost always from the same political party, the one with the most elected members in the Legislative Assembly.

The premier, cabinet ministers, and all other elected members together make up the Legislative Assembly and are called Members of the Provincial Parliament or MPPs (i.e. Ted McMeekin), while the Legislature is the Legislative Assembly together with the lieutenant governor (who represents The Queen).  The provinces' areas of responsibility, defined in the Constitution Act, 1867, include health, child welfare, municipal government, highways, labour, property and civil rights, and education. 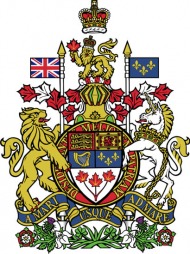 In the federal order, the government is part of an institution called Parliament.  Parliament consists of the Queen, represented by the governor general, and two Houses, the House of Commons (the "lower House") and the Senate (the "upper House").  In turn, the House of Commons consists of all Members of Parliament - MPs - while the Senate is made up of Senators appointed by the Queen on the advice of the prime minister.  Parliament's areas of responsibility under our Constitution include citizenship, foreign policy, national defense, currency, banking, and the postal service.

Elections - The Vote and Political Parties in Canada

Optional Activity: Bowling for Columbine and the Political Spectrum

Bowling for Columbine is an excellent way to review concepts of bias, political and personal ideologies and their impact on poltics.

Note: The Vote in Canada

Download the note below to learn about what happens during a Federal election:

﻿﻿﻿Videos: Different ways of voting - Is our system the best?

Using the websites located in the "Interesting Websites" section of this website (Under the heading "Political Parties") complete the following handout:

Students are asked to create their own political parties, holding a mock election in the classroom over six days.

Election ballots used around the world: